October 27, 2020
Trending
Home Forex Trading All the gains for US S&P500 eminis on the overnight session have been erased – ForexLive

I noted as the debate ended a move into yen, that hint at a risk off response has accelerated.

As have equity index futures on Globex.

The debate ended with an exchange between the candidates on accepting the results and once again Trump wavered on accepting a loss. You’ll recall a week or so ago he refused to commit to accepting a loss. Only yesterday though he said ‘of course’ there would be  a peaceful transition. Trump is mercurial though, we’ve seen it many times. The wavering at the end of the debate has cut the legs from risk on the session here. Telling his ‘Proud boys’ to ‘stand by’ was not helpful either.

AUD/JPY as an example: 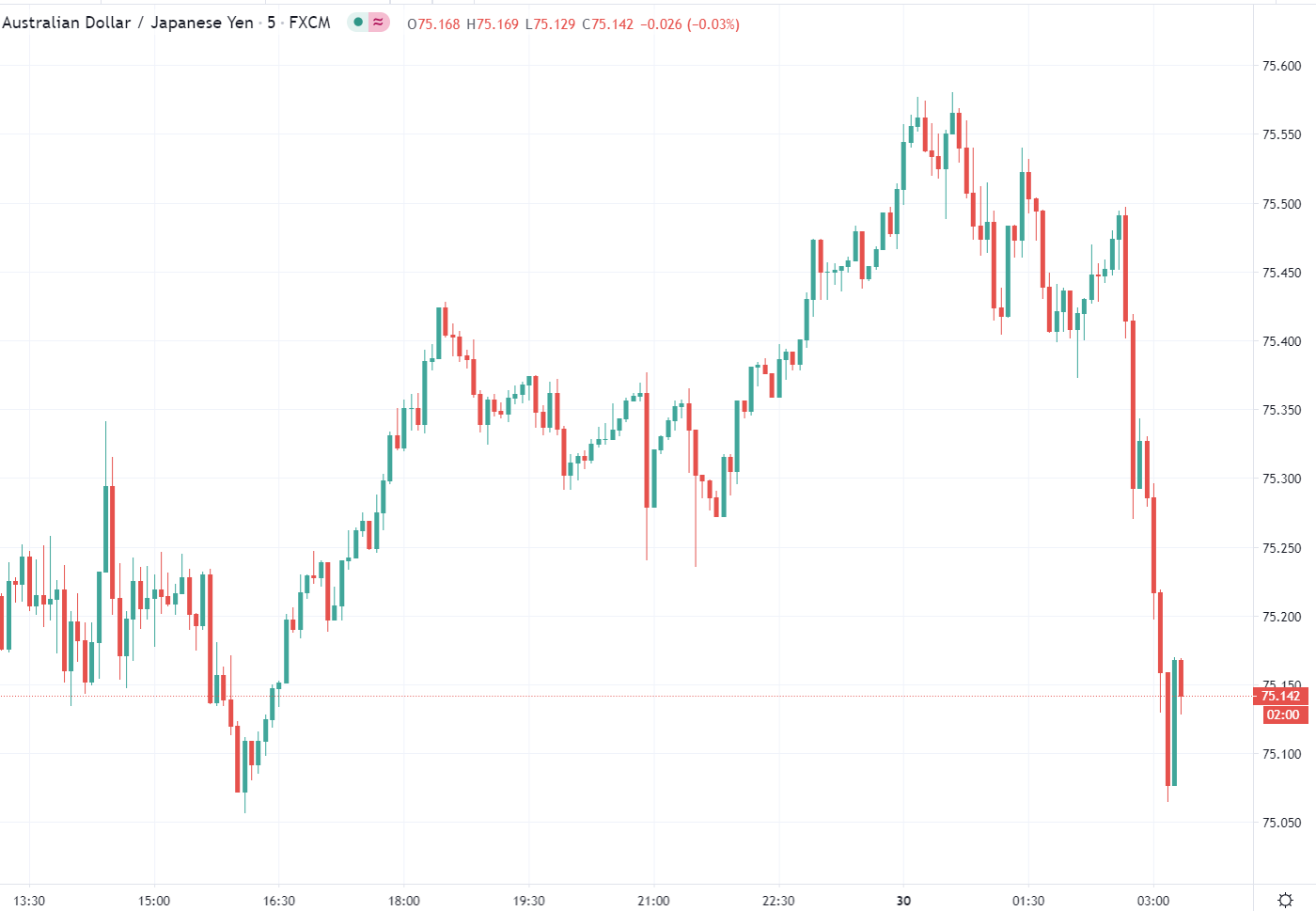 For bank trade ideas, check out eFX Plus

Posted by: EUR Editor in EUR 1 hour ago The bank forecasts a decline …