Australia’s employment report for the month of December is coming out on Thursday at 0230 GMT but the results are not expected to affect the RBA’s steady policy stance. Nevertheless, aussie traders will still look at the numbers to confirm that the labor market remains a source of stability at a time when global risks are rising in the horizon.

After two consecutive monthly gains, the Australian economy is said to have added fewer job positions in December, with forecasters predicting a softer rise of 16.5k compared to November’s 37k expansion. On the other hand, the unemployment rate is seen unchanged at 5.1%, among the lowest in more than six years, while the participation rate is said to hold flat at 65.7%, marginally below the record high of 65.8% first reached on November 2018, with both indicators reflecting the tight situation in the labor market. 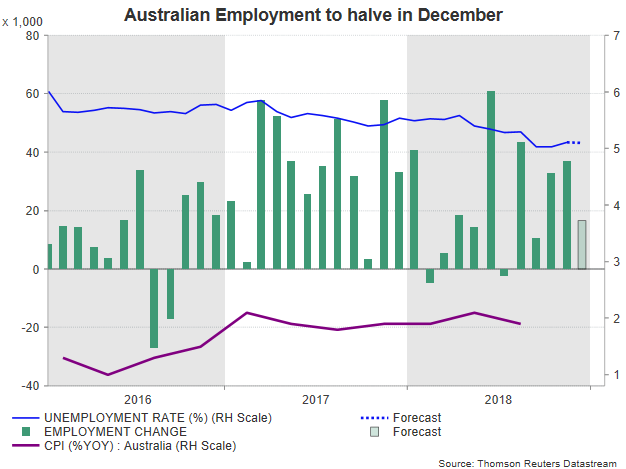 Disappointingly though, wage growth, on which the Reserve Bank of Australia relies to boost inflation, seems insufficient to boost consumption at a time when fears are growing over the consequences of a slowing housing market.  In November the Black Friday and Cyber Monday events brought Christmas spending forward, which could depress subsequent retail sales as household spending in December is not expected to be any better, with the National Australia Bank pointing to a lacklustre month instead.

Falling house prices particularly in Sydney and Melbourne add more caution to the air as the latest data revealed that houses haven’t fell by as much in a single quarter since the financial crisis, whilst a research report from Fitch Ratings forecast a further 5.0% decline this year. Should the real estate sector see more downside, squeezing homeowners’ wealth, consumption may take a while to revive. It is also worth noting that bank lending to property investors and customers with interest-only loans has dried up in the recent years due to clamps imposed to limit the excessive debt build-up in the $1.6 trillion home loan market.

On the monetary front, the RBA is positive that the job market could tighten further, eventually pushing inflation gradually towards the midpoint of the 2-3% target. But given the softer GDP growth figures in the third quarter, the developments in the housing market and the economic pressure its top export partner China faces thanks to US trade protectionism, policymakers have no reason to hike interest rates, probably not before late 2020 as the central bank messaged. Instead an increasing number of analysts believes that the central bank could cut rates again at some point in 2019.  Yet until warnings flash red, the RBA will likely see the next move in rates as being higher.

Turning to FX markets since downside risks are larger at the moment, an upbeat employment report on Wednesday could provide temporary support to the aussie. On the upside, aussie/dollar could pause first around 0.7154 before testing the highs between 0.7200 and 0.7235. Breaking even higher, the way could open towards the 0.7300 round level. 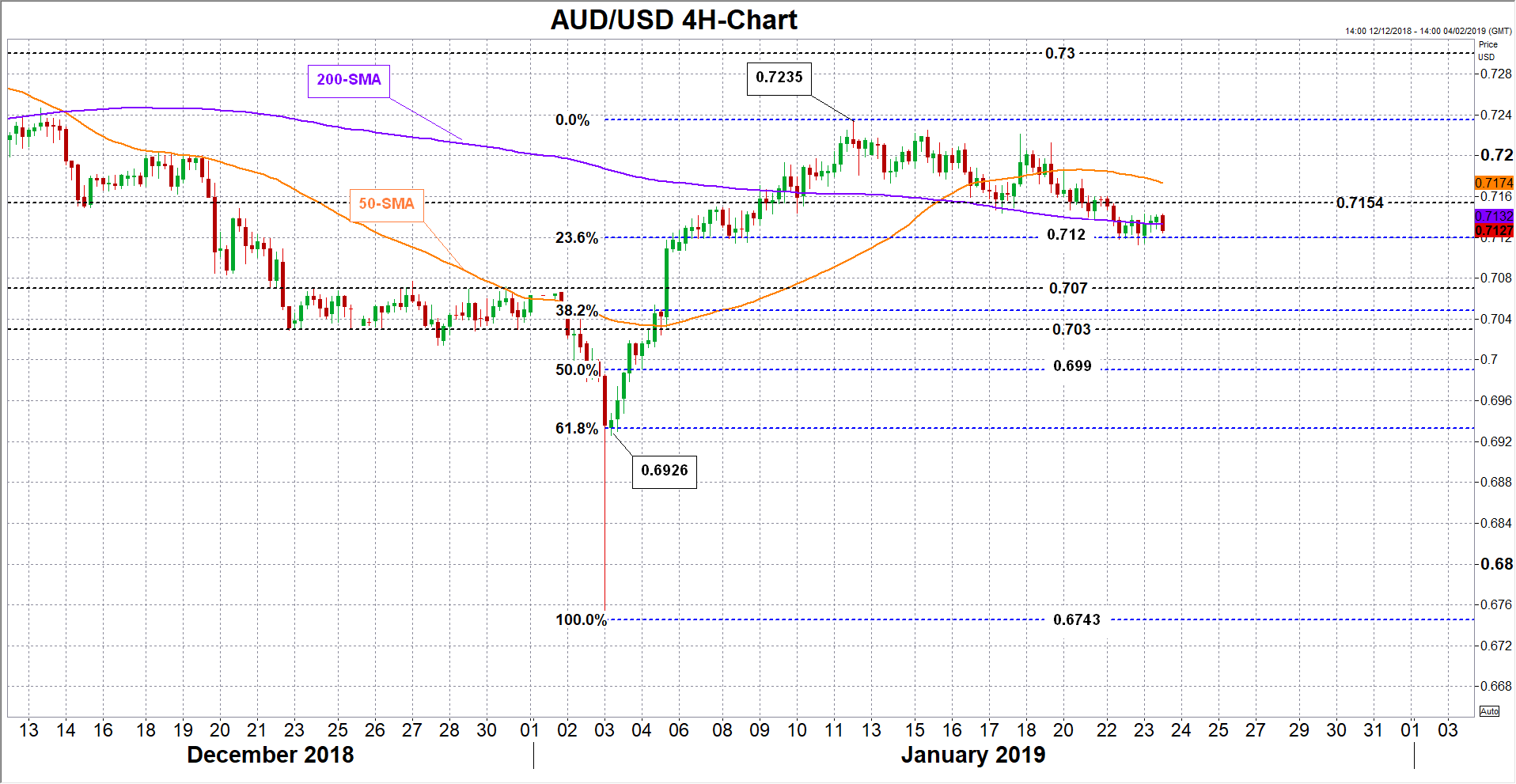 Legal disclaimer: The material does not contain a record of our trading prices, or an offer of, or solicitation for, a transaction in any financial instruments. XM accepts no responsibility for any use that may be made of these comments and for any consequences resulting in it. No representation or warranty is given as to the accuracy or completeness of this information. Consequently, any person acting on it does so entirely at their own risk. The research and analysis does not involve any specific investment objectives, financial situation and needs of any specific person who may receive it.

It has not been prepared in accordance with legal requirements designed to promote the independence of research, and as such it is considered to be marketing communication. Although we are not specifically constrained from dealing ahead of the publication of our research, we do not seek to take advantage of it before we provide it to our clients. We aim to establish, maintain and operate effective organisational and administrative arrangements with a view to taking all reasonable steps to prevent conflicts of interest from constituting or giving rise to a material risk of damage to the interests of our clients. We operate a policy of independence, which requires our employees to act in our clients’ best interests and to disregard any conflicts of interest in providing our services.

CFDs are leveraged products. CFD trading may not be suitable for everyone and can result in losing all of your invested capital, so please make sure that you fully understand the risks involved.