US markets continued to drift lower as the outlook for any Government stimulus decreases by the day.

The sentiment weighed on risk assets and stock markets and has been the major theme we’ve seen over the past few weeks.

On the other side of things, the GBP/USD was strong as their political saga – Brexit – saw its deadline pushed back once again, breathing some hope into a deal finally coming together.

While the stimulus back and forth rolls on, we will be on the lookout for some solid data and the key for the session will likely be jobless claims.

This number has been struggling to drop under current levels and once again will be a key driver of sentiment for the session. At the same time, Philly Fed Manufacturing will also be out while WTI crude oil inventories will be released a day late, thanks to the holiday weekend.

There are still more FOMC speakers getting rolled out, but nothing has been of interest in terms of the key themes that we have been hearing.

The FX Leaders Team hit 4 winners from 6 trades for a 66% strike rate in what was a busy session for the guys.

Make sure you follow our live signals as we could see some action to close out the week at this rate.

The USD/CAD is still relatively weak and we remain short for the time being.

As we can see below, the USD/CHF is running down this trendline and as such we are short, while this holds.

BTC hasn’t done all that much this week, but the fact it is pulling back in a very orderly fashion has piqued my interest.

I am still looking for a break above this mini-downtrend and that could be the catalyst for a spike higher. Similarly, a break of the lows could come as well, but as mentioned, just be prepared. 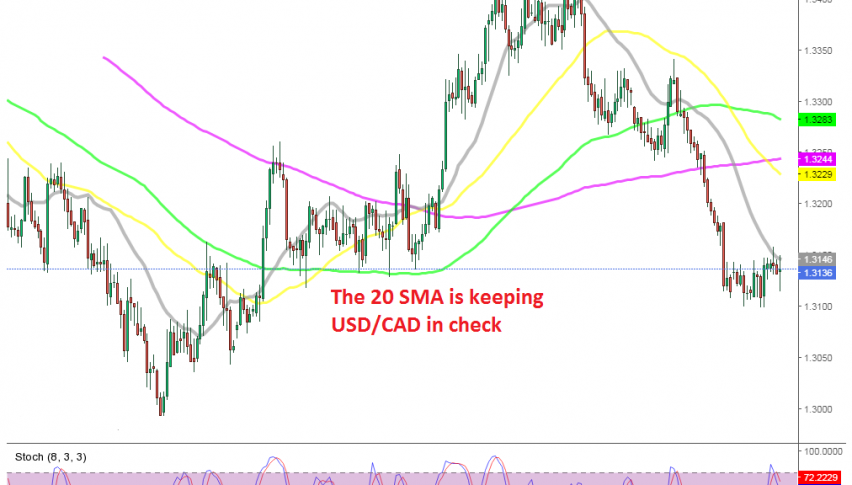 GBP/USD: Price seems unwilling to get established above 1.3000 Yesterday’s signals were not triggered, …

EUR/USD: Break above 1.1803 would be a bullish sign Yesterday’s signals were not triggered …