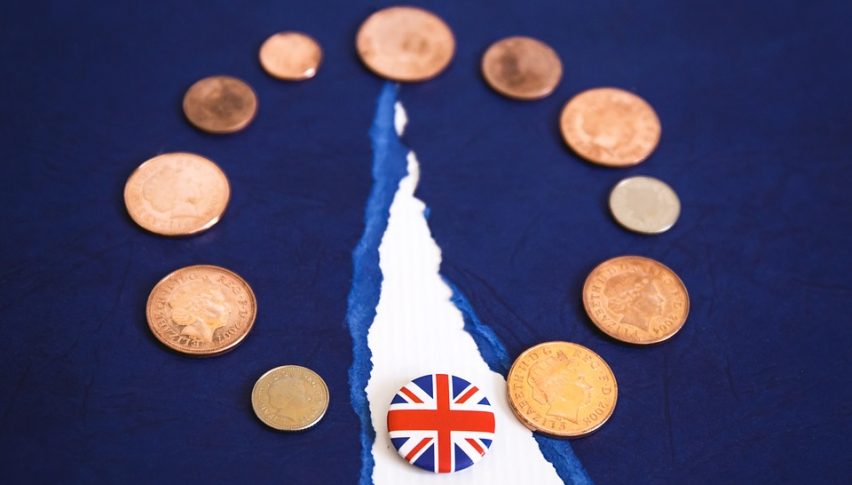 UK economy improved in December, as UK headed out of EU

The pandemic in China is what has been driving markets around since mid January. News about the virus keep messing with the sentiment, flipping it around from positive to negative day to day and vice versa. New cases keep coming up, heading towards 50k in total, while deaths have surpassed 1,000. Two main officials have been fired in Wohan on failure to stop the spread of the virus, but Coronavirus fears have resided somewhat and risk assets are retracing higher, with stick markets climbing fior the second day, while commodity dollars climbed today.

So, the pandemic is still driving markets around. The UK GDP report for Q4 of 2019 was released this morning, but it didn’t have much impact, apart from sending the GBP around 40 pips higher. The UK economy missed contraction slightly, falling flat in Q4, which was due to the improvement in December, after UK elections, following two negative months in October and November. So, UK closed 2019 in the right footing, but January doesn’t seem good, considering the slowdown from the coronavirus. 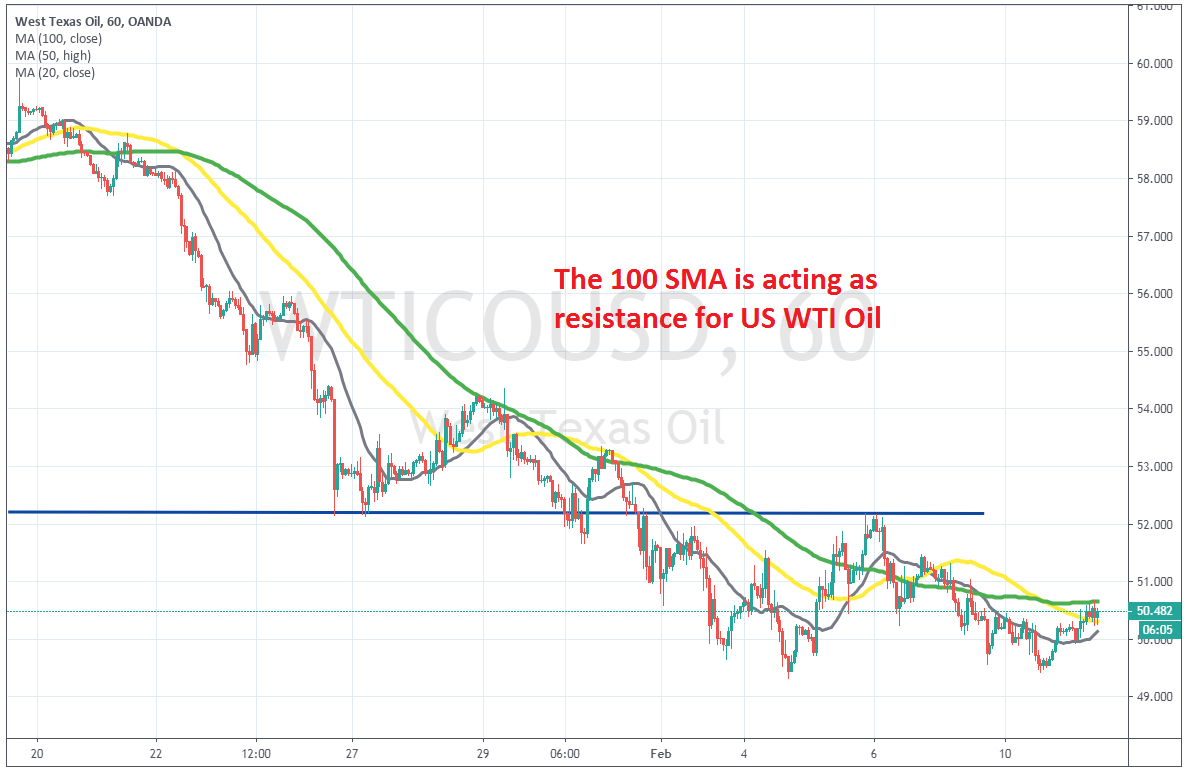 The 100 SMA has turned into resistance now

Crude Oil turned bearish in the second week of January, after having quite a bullish month in December, following OPEC’s decision to cut production further and the tensions in the Middle East, between US and Iran. But, the sentiment turned negative for Oil after the coronavuirus outbreak in China, which is keeping everyone on their toes. Business has slowed in China, which is keeping the demand subdued for Oil. As a result, WTI oil has lost around $16.50 from top to bottom, breaking below the $50 level. During this period, moving averages have been providing resistance, the smaller ones such as the 50 SMA (yellow) when the trend was stronger, and the larger ones such as the 100 SMA (green) when the trend slowed.

Today we are seeing another retrace higher and the price has moved above $50. The 20 SMA (grey) and the 50 SMA. But, the 100 SMA is standing strong, providing resistance. We could have gone short here, but we are already long on USD/CAD, which is pretty similar, so we don’t want to get too exposed. If you can afford it, you can look for a sell trade around here.

The UK GDP report showed that the economy rebounded in December last year, after BoJo won a clear majority in the British Parliament, clearing some Brexit uncertainty. As a result, UK GDP fell flat at 0.0% in Q4, after two negative months, but I don’t suspect that the UK economy will jeep the pace of December. 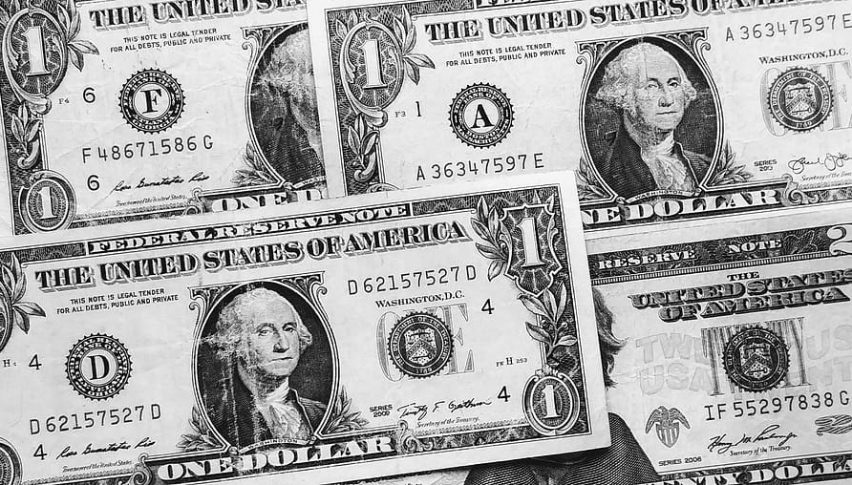