US/China/HK issues intensified during the US session with Secretary
of State Pompeo sending his report to Congress arguing Hong Kong is now
under the purview of China and no longer qualifies for special status
treatment by the US (that’s the in a nutshell version). If this
generated much concern in markets it was not too evident with
currencies here today during the Asian timezone tracking more or less
sideways with an upward hint. (As I update the governing body of Hong Kong have adjourned after rising tensions between pro-democracy and pro-China establishment factions).

EUR
was a good performer, testing its overnight high although it has backed off a little since. Cable has not done much. 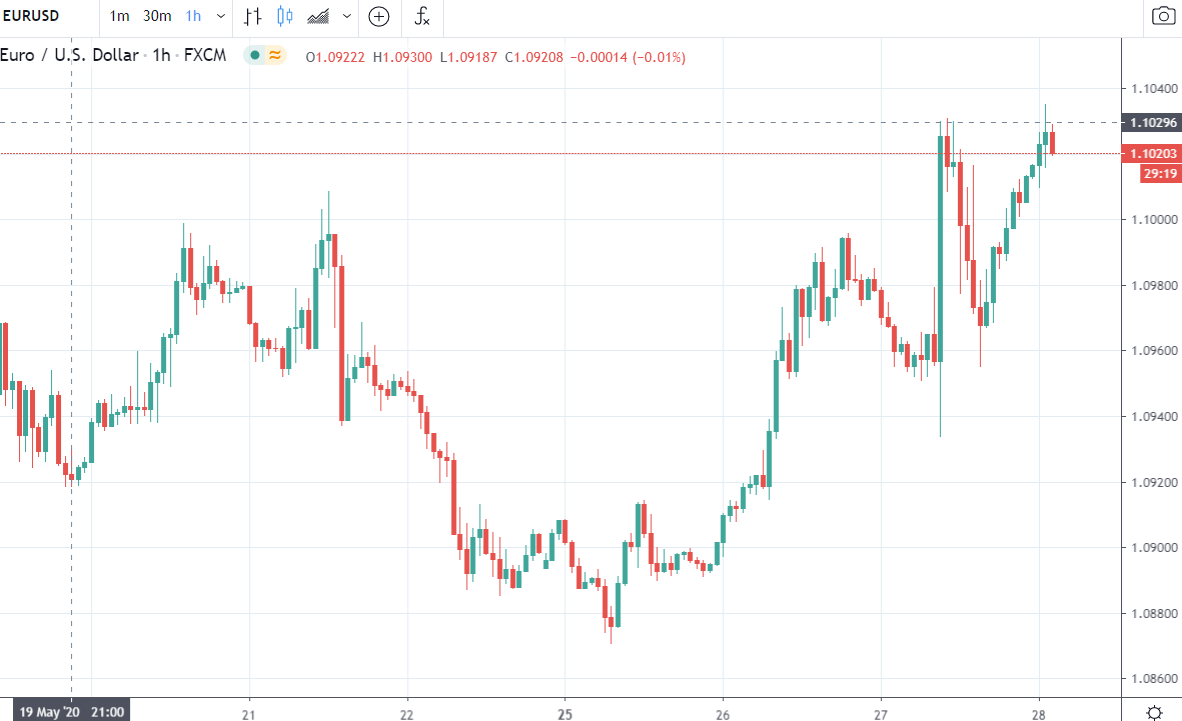 AUD/USD
is slightly higher. RBA Governor Lowe spoke in a parliamentary
committee hearing today. He was not his usual sanguine self, but he
was not overly downbeat either – he emphasised keeping monetary policy
accommodative and urged continued fiscal support for the economy. AUD
dipped slightly ahead of the main data release for the session but
soon recovered. The capex data was not much of a surprise, down (not
as much as expected) for the headline, and estimates ahead also
lowered in the face of the COVID-19 uncertainty.

The
Reserve Bank of Australia did not buy any bonds for its QE program
today, this is 3 consecutive weeks now of zero bonds purchases by
the Bank.

Stay
tuned for expectations China will pass the HK-impacting security law
some time today, this will come as no surprise but will confirm the
new law. Also a heads up for US President Trump to take action on
Thursday (US time) to punish Twitter for flagging his deceptions on
the platform.

The
PBOC weakened the onshore yuan again today though not by as much as
might have been expected. The Bank of Korea cut its benchmark rate
to a record low 0.5% and is signalling using other tools such as QE
ahead.