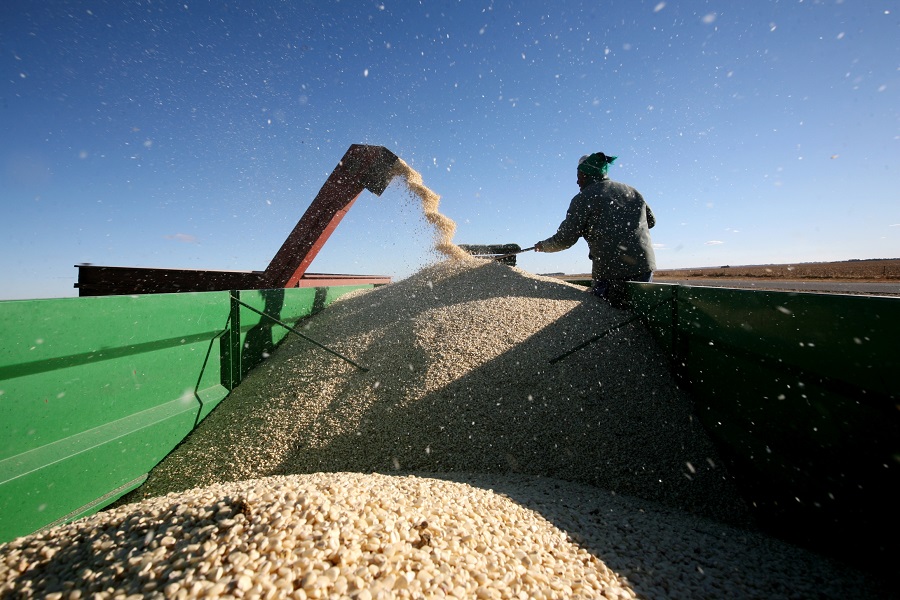 Lagos — Nigeria’s central bank has blocked access to foreign exchange for maize imports as it seeks to boost local farming output, even though the move is expected to add to already soaring food inflation.

All authorised dealers must immediately stop processing requests for hard currency used for importing maize, the central bank said Monday in a statement on its website.

The announcement is the latest effort by the central bank to shore up local agriculture and manufacturing in an economy that imports fuel, food and raw material for factories. The drop in the price of oil, which accounts for about 90% of Nigeria’s foreign-exchange earnings, means that hard-currency inflows have dried up, putting pressure on the naira and making inward shipments even more expensive.

The halt announced Monday is to “increase local production, stimulate a rapid economic recovery, safeguard rural livelihoods and increase jobs” that were lost due to the coronavirus pandemic, the central bank said. However, a move in 2019 to shut Nigeria’s land borders with its neighbours to curb the smuggling of rice, and later to restrict trade of all goods in an effort to bolster local production, resulted in shortages and price increases.

Despite being Africa’s largest producer of maize, Nigeria imports about 400,000 tons each year to meet demand, according to the US department of agriculture.

The West African nation’s system of multiple exchange rates means that some importers will still access dollars on the parallel market, though at a much higher rate. That could push up the price of maize, adding to food inflation that’s already at a two-year high of 15%.

“You can expect prices to shoot up,” said Ahmed Jinad, an analyst at Meristem Securities in Lagos. “I don’t think this is a good time to put this policy in place.”

Nigeria’s inflation rate has been above the target range of 6% to 9% for five years and a report on July 15 will probably show it accelerated to 12.7% in June, according to the median of three economists’ estimates in a Bloomberg survey.

The rising level of inflation makes it difficult for the central bank to cut borrowing costs to boost the economy and the monetary policy committee unexpectedly cut its benchmark rate for the first time in more than four years in May.