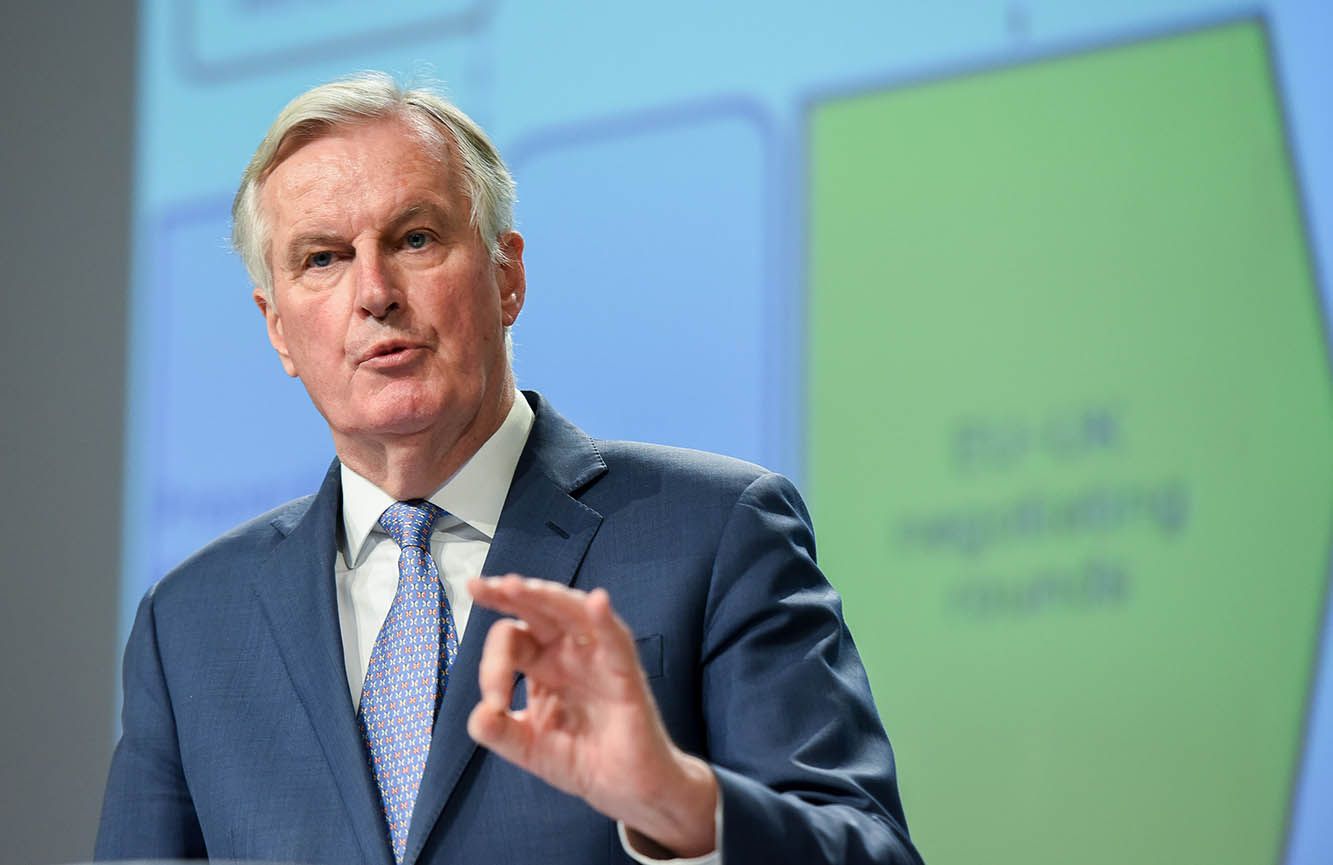 The British Pound sold off sharply on the first trading day of February, with analysts citing position squaring, a reversal of positive month-end flows and political developments for the move. Tuesday sees the currency stabilise once more, but some analysts see further near-term weakness in prospect.

The Pound’s decline over the course of the past 24 hours makes for a reversal of the sizeable rally on Jan. 30 that could well be due to month-end portfolio adjustments in the multi-billion dollar fund industry. It therefore stands that some of those positioning shifts will naturally be reversed at the start of the new month.

“The move lower was no doubt exacerbated by last week’s surge which followed the BoE’s January 30 decision to leave rates on hold. Month end flows have probably also played a part in the volatility,” says Jane Foley, FX Strategist with Rabobank.

However, it is understandably politics that has caught the attention of the media, foreign exchange commentators and analyst community when explaining the Pound’s largest one day drop since mid-December: the EU-UK saga is an easier narrative to understand from a currency perspective and will ultimately become the key driving force behind Sterling as the year progresses.

The new month started with the EU and UK firing the first salvo’s in the trade negotiation battle, with both setting out their broad negotiating positions and a number of analysts say that what we heard is confirmation that the two sides are soon going to be bogged down in disagreement.

“It appears that the trigger for today’s drop was politically motivated. UK PM Johnson and EU Chief negotiator Barnier have been laying out their stalls ahead of the forthcoming UK/EU future relationship talks and the signals suggest that those talks could be testy,” says Foley.

The Pound has recovered to back above $1.30 and €1.1770 on Tuesday morning, but ultimately continues to look heavy.

“I consider the UK Pound’s recent depreciation to be largely exaggerated and unjustified. Johnson’s rather level-headed approach is as encouraging as the Bank of England’s current monetary policy stance. In addition, the UK economy appears to be on the road to recovery,” says Marc-André Fongern, Head of FX Research at MAF Global Forex.

“What surprised me was not these people’s positions, but that such statements would apparently come as a surprise or disappointment to the market. Both sides have held these same positions consistently for some time. There’s no change at all here. What does seem to have changed is that people are now realizing that 31 January was the start of Brexit, not the end. Now comes the hard part,” says Marshall Gittler, a strategist at BDSwiss.

Regardless of the justifications behind the move lower, Sterling was by far and away the biggest loser amongst the world’s largest freely-traded currencies on Monday, and there is a chance that the dip has created some downside momentum that could linger over coming days: 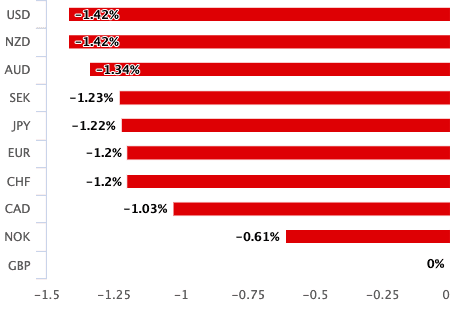 Underpinning Sterling’s decline is a lingering fear that with so little time within which to agree a deal, disagreement over key issues could ultimately snag progress and ensure both sides fail to reach a deal by year-end and the EU and UK have to default to less-than-optimal World Trade Organisation rules.

“A renewed focus on Brexit should keep GBP from making new highs and the level of long GBP positioning encourages us to expect a further fall in the Pound in the short term,” says Jordan Rochester, FX Strategist with Nomura International in London.

On Monday Michel Barnier, the European Commission’s Chief Negotiator, laid out his team’s proposals for forthcoming EU-UK trade negotiations, saying “we are ready to offer a highly ambitious trade deal” which would entail “zero tariffs and zero quotas on all goods entering our single market of 450 million people.”

Furthermore a trade deal would entail an ambitious free trade agreement in services, with wide sectoral coverage, ranging from business services to telecommunications or environmental services and “we are also looking to include digital trade, intellectual property and access to our respective public procurement markets,” said Barnier.

However, tariff-free access to the EU’s single market is dependent on the UK upholding “the high standards we have on social, environmental, climate, tax and state aid matters, today and in their future developments.”

Furthermore, the EU has made it clear from early on that a trade deal is dependent on an agreement over fishing rights being secured. “This agreement should provide for continued reciprocal access to markets, and to waters, with stable quota shares,” said Barnier.

In short, the UK must accept a degree of alignment with EU standards while also giving up some of their waters to EU fishermen. Prime Minister Boris Johnson on Monday told an audience in Greenwhich he wants “a thriving trade and economic relationship with the EU”, but the UK will no longer accept EU rules once the transition period ends in December.

“The PM… made clear that the government is refusing EU rules on competition policy, subsidies, social protection and on the environment,” says Rabobank’s Foley.

Johnson’s ambition is for a free trade deal similar to that the EU offered Canada, however the EU are likely to reset the playing field and require more ground to be given by the UK if they are to be afforded similar benefits to Canada.

For starters, Canada’s fishing industry was not on the EU’s radar in the same way the UK’s vast coastal waters are.

Should Johnson fail to achieve a deal similar in scope to Canada’s – which provides for 98% of goods to be traded tariff-free – Johnson has indicated he would then be prepared to accept a deal more in keeping with that between the EU and Australia.

Australia’s trade agreement with the EU is however seen as being something that can be drastically improved on as the Australia and the EU in 2019 agreed to commence negotiations towards a free trade agreement. According to an impact assessment, trade in goods and services between the two partners could increase by around a third if a free trade deal is struck.

“Insofar as the EU and Australia are currently negotiating a free trade deal and have stumbled across thorny issues, the PM’s argument is far from convincing. Recent difficulties in the EU/Australian talks are related to Europe’s insistence that Australia adopt EU standards on issues related to climate change and geographical branding. These specific items may not be a problem for the UK/EU talks, but there are plenty of other contentious issues,” says Foley.

“Until more clarity emerges we expect GBP to be vulnerable,” adds Foley.

Lars Henriksson Senior Strategist FX at Handelsbanken says Sterling has been relatively volatile in recent weeks and this should continue, but with a bias to the downside.

“Boris Johnson seems to be hesitant to accept some of the requirements the EU is placing on a free-trade agreement,” says Henriksson. “We believe that the GBP will weaken as the problems associated with negotiations with the EU emerge and the end of the transitional period approaches.”

However, Handelsbanken thinks that in the end the UK and the EU will most likely agree some sort of a fudge that avoids a disorderly end to the transition period. “This suggests that Sterling will eventually appreciate,” says Henriksson.